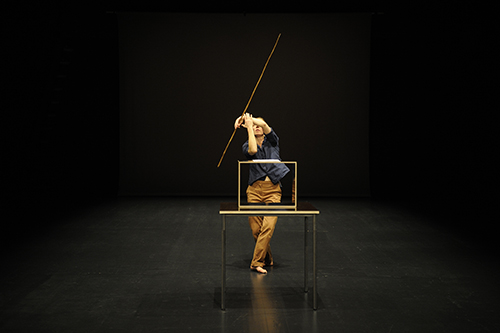 All photos on this page : Dieter Hartwig 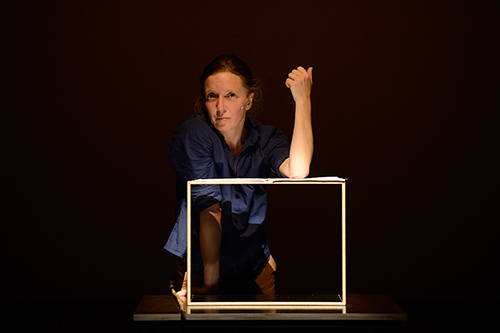 With Fugues, Berlin choreographer and dancer Isabelle Schad continues her work between musical concepts and their expression in movement. Coming from a music background and a lifelong interest in the polyphonic work of J.S. Bach, she attempts to look at her own (hi)story and the origins of (her) movement between discipline and pleasure, examining the body and its energies in its materiality, process, and time.

The term fugue (Latin fuga, related to fugere ‘to flee’ and fugare ‘to chase’) unites two antagonistic principles in one and the same notion, and thus serves her as an analogy for the body in exercise, where the principles of chasing and fleeing, giving and receiving, emptiness and fullness are becoming one ; to be as much body as to be movement, as spirit, as self.

Schad starts off telling and showing. The piece becomes its own fugue : a form within a form. Playing with its respective compositional elements such as repetition and time delay, the work investigates the multiple rhythms, lines/lives and voices within one single body. Having for many years been in exchange with visual artist Laurent Goldring, her main questions around non-representational movements and visibility continue : how could the very notion of exercising become image ? How could energy itself become image ?

Fugues is an autobiographical work in which the performer’s body serves as an example for the construction of the individual within disciplines and systems one cannot escape from. 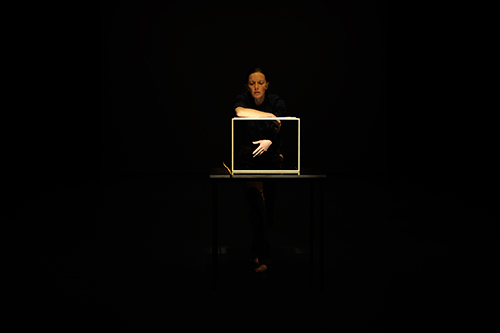 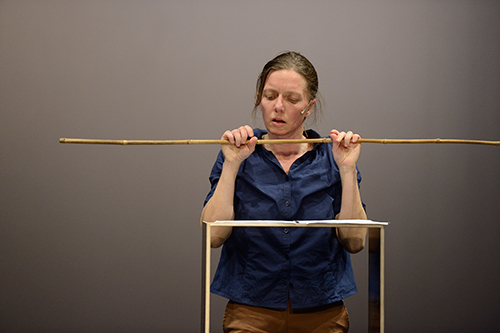 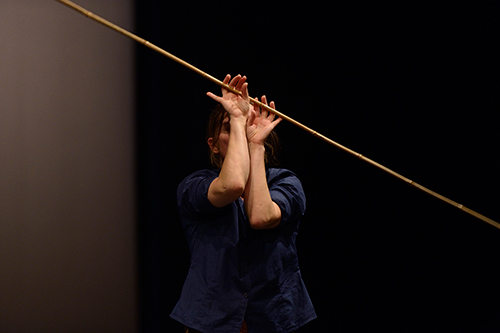 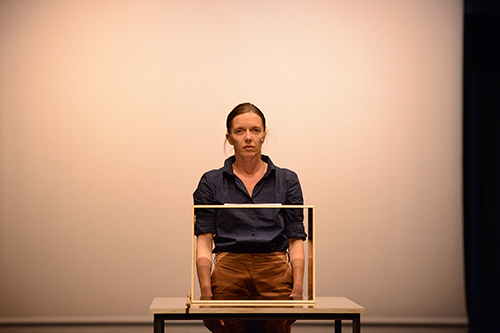 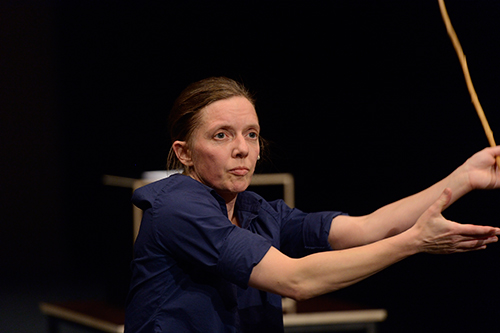